Home » Reports » How poor perceptions and lack of understanding h… 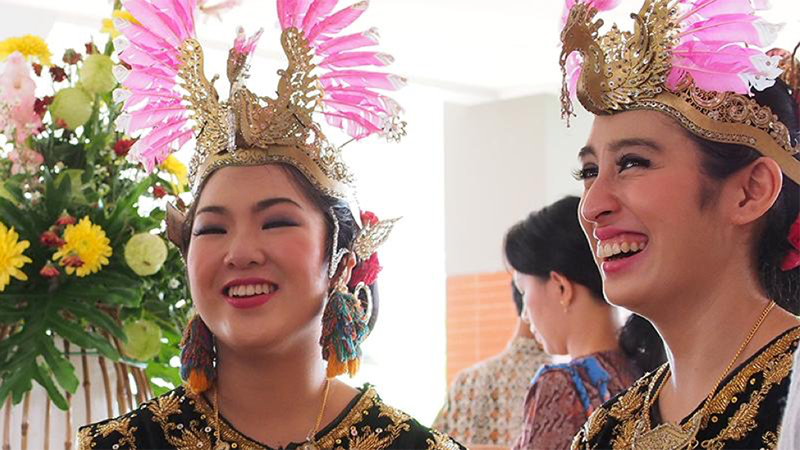 While there has been policy in place aimed at promoting Indonesian language learning among Australian students for decades, student enrolments have been in decline since the 1980s.

Earlier this year, Indonesia and Australia signed a comprehensive economic partnership agreement (IA-CEPA), a trade agreement that marks the beginning of a new era in the Australia-Indonesia economic relationship.

Despite such efforts to cultivate a stronger economic partnership, Australia has struggled to meaningfully engage with its closest neighbour.

Between 2001 and 2010, undergraduate enrolments in Indonesian studies at university level dropped by 40 per cent across the country. At high school level, student numbers have also fallen dramatically. For example, in Victoria, 555 students completed Indonesian in Year 12 in 2016. Just two years later, in 2018, that number had dropped to 249.

There are incentives in place for students to study a language other than English (LOTE) particularly in years 11 and 12. At university level, initiatives such as the New Colombo Plan and ACICIS aim to provide in-country learning experiences for students.

In this short clip, we give you an overview of the current state of Indonesian language studies in Australia and ask: what can be done?

But change needs to happen younger: persuading students, particularly in early high school, to study Indonesian (and more importantly, to continue through to year 12 and beyond) is crucial to ensuring Australia’s future leaders are Asia-literate.

In a piece for the Lowy Institute, Melissa Crouch recounts her experience as a former primary school teacher:

I had an 11-year-old student tell me that they didn’t want to learn Indonesian because their mum and dad said that Indonesians are terrorists. It’s pretty hard to reason with an 11-year-old when extensive media coverage of terrorism, general public perceptions and perhaps even their own parents might support this false stereotype.

And as a young Australian in the early 2000s, I too grew up hearing of Indonesia as a scary place – negative perceptions of Indonesia are clearly not just a recent problem. Indonesia historian Adrian Vickers describes that Indonesia is generally mentioned in global media in relation to political violence and terrorism, but argues “such negative images do not do justice to the country.”

My travel and experiences with the Indonesian community in Melbourne has taught me that religious tolerance is common among the vast majority of Indonesians, but it’s clear that not all Australians see it this way. Indonesia is a democratic country that recognises six official religions, and its constitution denotes freedom of worship – each according to their own religion or belief. It’s also home to the largest Islamic population in the world, and given that Australian media coverage tends to fixate on this, it follows that 75 per cent of Australians associate Indonesia with religion.

It’s likely that Indonesia’s reputation being centred on violence, terrorism and religion, as described by Vickers, is also driven by an underlying current of Islamophobia – at least in part. A 2015 study by the University of South Australia found that around 10 per cent of Australians are “highly Islamophobic”, a term they define as “negative and hostile attitudes towards Islam and Muslims… Islamophobia can cover hostile feelings, discrimination, exclusion, fear, suspicion or anxiety directed towards Islam or Muslims”.

A recent Lowy Institute Poll also shows that 70 per cent of Australians do not agree that Indonesia is a democracy. In the context of rising intolerance and declining democracy across the globe, Indonesia may be facing an upward battle in maintaining its democracy, particularly with the rise of conservative Islam. But these movements are met with resistance: in April 2019, Indonesia celebrated two decades of democracy in holding both the presidential and legislative elections on the same day.

In the context of media depiction of events such as the violence in 1997-98; the Bali bombings of 2002 and 2005; the Jakarta bombings of 2002, 2003 and 2009; the detainment of Schapelle Corby and the Bali Nine, executions, live cattle trade, and the alleged role of Indonesian ‘people-smugglers’, it’s difficult to undo the messaging young Australians have received of Indonesia as being a place of violence, danger and terrorism.

Research carried out by the Australia-Indonesia Centre in 2016 found that Australian knowledge of Indonesia was limited, and that major associations with Indonesia tend to centre on negative coverage in the media. The study also highlights that while there is significant potential for economic benefit for both countries through better relations, deeper cultural and social engagement between Indonesia and Australia is needed to truly reap the benefits of such a partnership. It’s true that Indonesia is an emerging economic powerhouse, but there are reasons to engage with our neighbour beyond trade opportunities.

In an increasingly connected world, public perceptions matter. The more eager young Australians are to develop rich Indonesian language and cultural skills, the better equipped we will be to engage with our closest neighbour. Changing the story about Indonesia is the only way to move forward.

More in this series