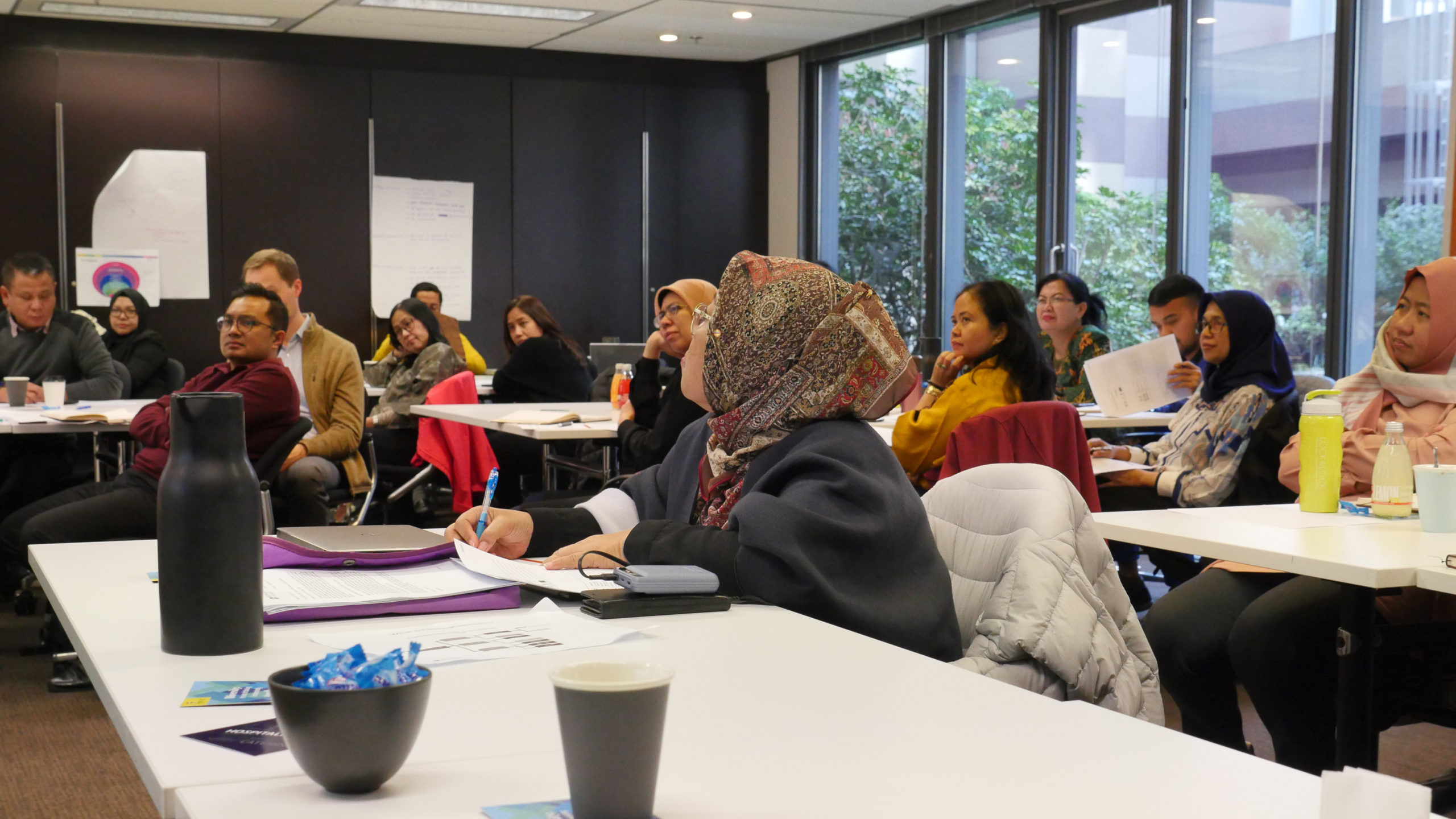 As Indonesia rises as an economic powerhouse, how can its leaders ensure the financial inclusion of women remains on the agenda?

Indonesia is on the move. Its economy expanded at a steady rate of 5.1 per cent in 2019, which is expected to rise further in 2020, and projections describe a future wherein Indonesia is among the top five strongest economies in the world. The country is rich in natural resources, but is also blessed with a booming entrepreneur eco system, where many have found success.

But there are also many Indonesians who exist at the fringes of this story, lagging behind as the country grows in wealth – and so Indonesian financial regulators are grappling with not only how to harness the massive economic potential of its population in a rapidly changing financial landscape, but also how to ensure no one is left behind in the process.

In September 2019, the Australia-Indonesia Centre led an Australia Awards short course program for emerging leaders in Indonesia’s financial services sector in partnership with Monash Business School. This program was run with a specific focus on the financial inclusion of women, and the participants spent two weeks in Australia learning from subject experts and representatives of industry about how the financial regulatory system operates in Australia, as it relates to women. The participants also engaged more casually with everyday Australians, on the streets and in cafes, to add layers to their understanding of what the financial inclusion of women looks like in Australia.

Course leader Professor Edward Buckingham explained that this multidimensional understanding of the Australian regulatory landscape is crucial, as this “enables the participants to see not only the successes in the Australian system, but also the failures.”

Though the contexts are quite different, financial inclusion of women is a shared challenge for Australia and Indonesia.

See our interviews with Edward Buckingham and some program participants:

To answer this challenge, 25 representatives from Indonesia’s central bank (Bank Indonesia), the Financial Services Authority (OJK), the Vice President’s office, the Ministry for Coordinating the Economy, and the Commission for Eliminating Poverty (TNP2K) attended the program, and were organised into interdepartmental groups.

“For there to be progress in financial inclusion for Indonesian women,” emphasised Edward Buckingham, “government departments must learn to work together.”

And in a country like Indonesia, where large segments of the population are ‘unbanked’ and cannot or do not access formal financial services, financial inclusion remains a complex, multidimensional issue, particularly so for women. In a survey of Indonesians without a bank account, many said the reason behind this was due to the lack of access to adequate services that meet their needs. According to the Central Bureau of Statistics, 62 per cent of Indonesians work in the informal sector – and formal banking institutions often do not cater to this. In the absence of formal financial services, people may turn to loan sharks, an issue that continues to plague Indonesia.

Piotr Jakubowski, an executive at Go-Jek, also points to Indonesia’s status as the world’s largest archipelago as a barrier to financial inclusion, saying “the size and the nature of the country simply do not allow traditional financial systems to scale and cover everything.” Fintech has emerged as one convincing avenue to combat this, but issues still remain, including regulatory constraints.

For many women in Indonesia, financial inclusion remains elusive. Patriarchal gender norms can lead to a host of challenges such as lower levels of participation in the workforce (with a concentration of women in the largely more precarious informal sector), lower levels of financial literacy and capability, and lack of access to financial services.

Research by the Centre for Social Impact, explored through the Australia Awards program, shows that focusing on financial inclusion alone risks simplifying the issue. In order to truly conceptualise what it means to be financially included, we need to understand that how people interact with their finances depends on a wider framework of interconnected parts. How much control do they have over their money? How vulnerable are they to financial hardship? How often and to what degree do they experience financial stress?

In Australia, for example, the vast majority of the population has a bank account, but 24 per cent of women and 14 per cent of men continue to experience financial stress.

Financial wellbeing centres on the idea that people should be able to not just survive, but thrive – meeting their expenses and having money left over, and being in control of their finances such that they feel financially secure, now and into the future.

The concept of financial wellbeing is based on tenets such as appropriate access to financial products and services, financial literacy, financial social capital and financial resilience. It asks policymakers to look below the surface and consider the individual as a whole.

The World Bank estimates that as of 2017, 49 per cent of the Indonesian population has a bank account and in 2019, the inclusion rate is estimated to have reached as high as 65 per cent. In light of these gaps, are there possibilities for financial inclusion strategies at the government level to look beyond access for the unbanked? Could Indonesia skip Australia’s mistakes and ‘leapfrog’ towards a future of financial wellbeing, rather than a limited focus on the realm of financial inclusion?

Programs such as the Australia Awards allow for cross-cultural sharing of knowledge, and build up networks of people-to-people links between Australia and Indonesia that we hope will only deepen with time.

As part of this, one of the participants, policy advisor from the Commission for Eliminating Poverty (TNP2K) Bu Sri Kusumastuti, described the ways in which the the program gave her insights into what the financial inclusion of women could look like in Indonesia in the years to come. She said, “I’ve learnt that regulation in Australia is clear and people are literate about the regulations. You are a developed country with a mature system, clear regulations and people are financially included. You have very good social protection, not just for the poor, but for everyone.” While Australia’s system is far from perfect, the participants explained that the Australian strategies and solutions explored throughout the program offered new ways to think about Indonesia’s specific challenges to financial inclusion.

Furthermore, the ethnographic approach of the course that saw participants interview and learn from people at all points in the chain, from service providers to the financially marginalised, has equipped them to not just learn from Australia’s systems, but to continue their research with people from all walks of life at home in Indonesia – in many ways a far more practical classroom.

As Indonesia’s emerging financial regulation leaders, the participants will come together again at a workshop in Jakarta next month, in December, where they will present recommendations based on their learnings from the program to senior civil servants. 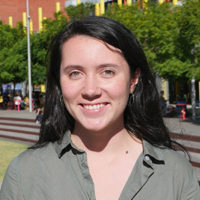