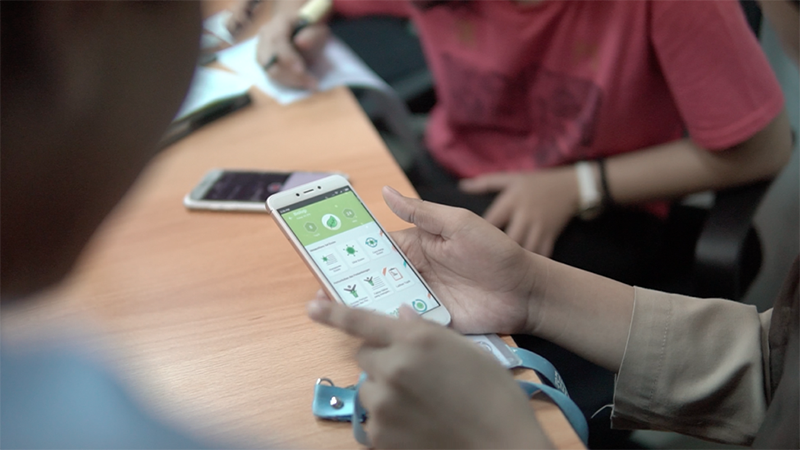 Student enrolment numbers in Indonesian are falling; Professor Tim Lindsey of the University of Melbourne says there are now less Australians studying Indonesian at Year 12 level than in 1970.

More broadly, as of 2008, less than 13% of Australian Year 12 students were studying a language other than English (LOTE). Could technology be the answer to Australia’s LOTE woes?

Technology has disrupted and revolutionised almost every aspect of the modern life, and education is no exception. Developments such as social networking platforms, computer video cameras, and voice recording tools have all enhanced the potential for language learning. Now, native speakers are just a click away, providing opportunities that are often absent from traditional language classrooms. Technological tools have also expanded in scope, with some able to listen to and analyze a learner’s speech, and provide feedback in real time.

The influx of technology has also meant that more of us are plugged in, and are able to access the seemingly limitless knowledge trove that is the internet.

The new space created by introducing technology to education has inspired innovators across the globe, with educational technology (or edtech) focused on language learning particularly lucrative. Popular mobile-based app Duolingo, for example, is valued at US $700 million (just over AUD $100 billion); competitor Babbel brings in an estimated annual revenue of US $15.2 million (AUD $21.7 million).

And yet, research into measuring the impact of edtech, with a specific focus on language learning, is surprisingly sparse.

Language learning for all?

Despite the lack of data to prove edtech’s ability to teach us languages, many remain optimistic about its potential.

Social media has connected more of us than ever before, and a modern participatory culture of instant communication and connection presents new ways of learning and teaching languages. Social media platforms not only allow learning to occur in meaningful contexts – where students can interact with users who are fluent speakers, or use content that has been created in the target language for practice – but also call students to build community, which may have significant impacts for improving student motivation. Online learning tools are also often offered at little or no cost, and provide learners with the flexibility to learn at their own pace, according to their own schedule.

Access is often considered one of the greatest challenges in the use of digital technologies in language learning – otherwise known as the ‘digital divide’.

Online language learning tools require that users have access to the internet, but Duolingo founder Luis von Ahn says this is not unrealistic, including for developing countries such as Indonesia: “In lower middle classes of developing countries, they usually have a smartphone.”

In Indonesia, for example, the edtech ecosystem is quickly expanding in response to low participation rates and lack of access to schooling in more remote areas. Startups such as Ruangguru have emerged due to a lack of access to quality education, demonstrating the possibility for online learning platforms to make a difference.

However, in 2019 Indonesia ranked 63rd out of 100 countries in the Inclusive Internet Index, and 9th out of 23 lower middle-income countries, indicating that there is room for improvement in digitally connecting the expansive archipelago.

The digital divide is an issue in Australia too; a 2019 study reports that affordability remains a key challenge in access to technology, and other factors such as ability, geography and age are central factors in Australia’s digital (ex)clusion rates – these factors are particularly pronounced among Indigenous Australians.

But focus on access alone risks simplifying the issue; technology in itself is not a solution.

Linguistics expert Michael Haugh highlights that language and culture are intrinsically linked, arguing that “new technologies will no doubt change how we approach the learning of languages in exciting ways, just as the way we learn maths changed when calculators became readily available. But we can’t outsource deep cross-linguistic and cross-cultural knowledge to apps.”

From a sociocultural perspective, language is a resource for social learning and interaction: linguistics expert Joan Kelly Hall says language is how we “articulate and manage our individual identities, our interpersonal relationships, and memberships in our social groups and communities.” Language forms the gateway to understanding ourselves, the world around us, and the two in relation to each other. New research from cognitive scientist Lera Boroditsky shows that language has profound impacts on the way we experience the world; in her study, she found that in Russian, for example, light blue and dark blue require different words and as such are different concepts, whereas in English, these two colours are categorically the same – blue.

Many online language learning platforms tend to divorce language learning from cultural understanding, and while it’s reasonable that such forms of edtech are focused on developing a functional grasp of language in users, it also means that students miss out on the cultural knowledge that shapes language.

For example, a basic but key difference between English and Indonesian comes down to sentence construction. English favours active construction, in that the actor is the focus of the sentence: She read the book. In comparison, Indonesian tends to favour passive construction, in which the object takes precedence over the actor: Buku dibaca dia / The book was read (by her). Online learning tools will of course teach students the different way of speaking, but often there will be cultural implications of this difference and students may be left wondering what those are.

The best of both worlds: edtech to enhance in-classroom delivery

Ruangguru co-founder Imam Usman highlights that a key part of their strategy is partnering with public schools, which they do across 32 out of 34 provinces, providing learning materials and online support. The start-up’s system promotes a blended way of learning that relies on technological tools to enhance in-classroom delivery, so that both teachers and students benefit from the addition of edtech to their classrooms, such as online learning materials and digital support.

Considering that speaking and listening are core components of learning a language, and also tend to be the areas students struggle with the most, Ruangguru’s method that brings together edtech with real-life teaching may allow students to access the benefits of online resources while still encouraging the social and interactive aspect of language learning.

Liz Formby, Languages Coordinator at Cobden Technical College, points out that one of her key frustrations as a language teacher is the lack of teaching resources at her secondary school. While she thanks Victorian Indonesian Language Teachers Association (VILTA) for supporting her teaching practices by providing both digital and in-person connections with other Indonesian teachers, it’s clear that there are benefits to expanding the role of edtech in classroom language teaching to include sharing learning materials digitally, online cultural programs, as well as online games and other motivating tools to help students learn.

Learning a language has never been so accessible, but language learning is about more than robotically learning grammatical structures and vocabulary – it’s about broadening our minds to include new ways of understanding beyond the communicative and perceptual habits instilled in us by our mother tongue.

And while those mildly threatening daily email reminders from the Duolingo owl mascot (“Keep the owl happy!”) are a helpful first step towards building better bridges between cultures, rooting language in its real-world context develops more effective global citizens.

For more in this series: