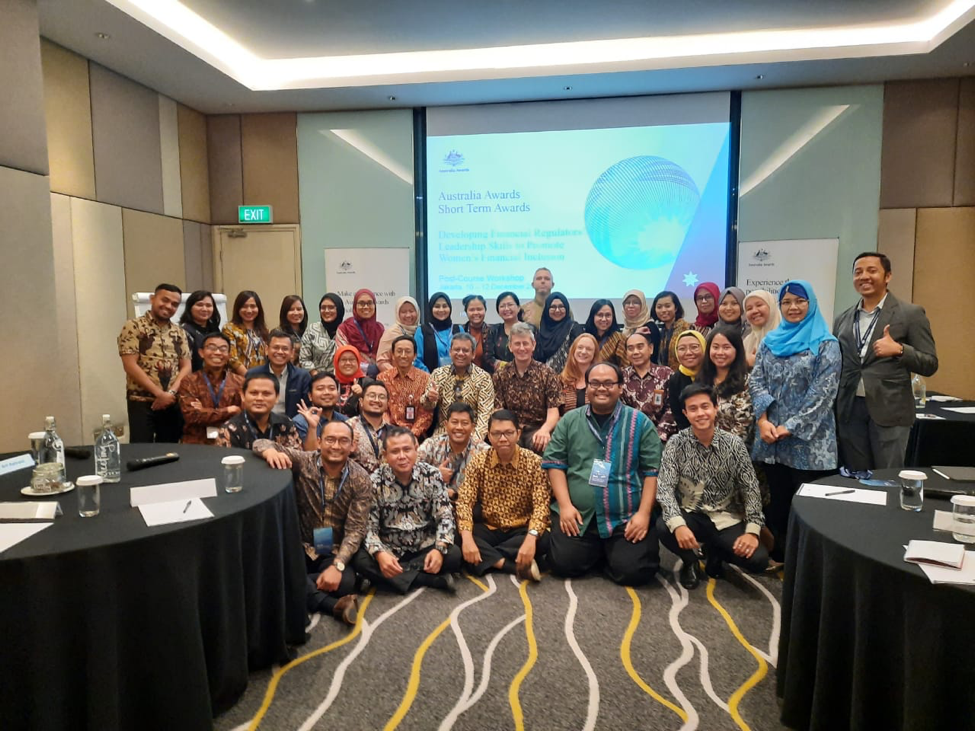 The targeted beneficiaries of the proposed solutions included housewives, retirees and low-income families, but first, senior policymakers must be convinced to implement the plans. To this end, high-ranking audience members proved valuable as did the chance to practise explaining and ‘selling’ the proposals.

In his remarks, Dr Suahasil recognised the value of ‘thinking behind the desk’ for brainstorming solutions for complex policy challenges, and the privilege as a policymaker of having the time to do so in a busy work environment.

“One of the key problems in Indonesian policymaking is that we often don’t know the right questions,” said the Vice-Minister.

“This program is valuable for this reason: that you get to learn so you can arrive at the right questions.”

Two groups plan to trial their respective programs in West Java, and Mr Rafnialdi has already connected the short course participants with his team to follow up on their plans.

Media coverage of the program and a summary of the participants’ solutions can be found below.

Program Keluarga Harapan (Family Hope Program, PKH) is a conditional cash transfer program that provides direct cash benefits to over 17 million Indonesians spread across approximately 10 million households. The program’s impact on financial inclusion is limited by the recipients’ generally low financial literacy levels. Out of the 17.2% of Indonesians who receive government benefits, 32.4% don’t have a bank account, and only 24.6% access benefits through ATMs. Furthermore, a majority of bank account owners don’t have savings.

The program would be trialled in West Java, East Java, Southeast Sulawesi, and West Sumatra in late 2020 with a view for national adoption by late 2021.

The proposed solutions would be trialled with 200 participants aged 25-59 in West Java, which has the largest number of housewives in Indonesia (7.9 million) by mid 2021.

Gender pay gap in Australia of 14% due to greater women participation in the workforce.

Only 12% of Indonesian retirees have access to the government’s superannuation fund (Program Jaminan Pensiun) and 23% of Indonesian workers currently contribute their income to social protection programs, including super fund. Meanwhile, only 6% of Indonesians are currently preparing for their retirement.

The program is inspired by Saver Plus program by Brotherhood of St Laurence and ANZ, in which ANZ matches up to $500 in education costs if a 10-month savings goal is achieved.

Government programs and activities are extensive yet fragmented, both at the national and the regional level. Furthermore, despite increasing state budget for social protection programs, government funding that addresses financial inclusion of women is not currently tracked, making it impossible to measure the impact of state programs on the economic participation of women.