Elena Williams, past Resident Director of ACICIS, on deeper collaboration 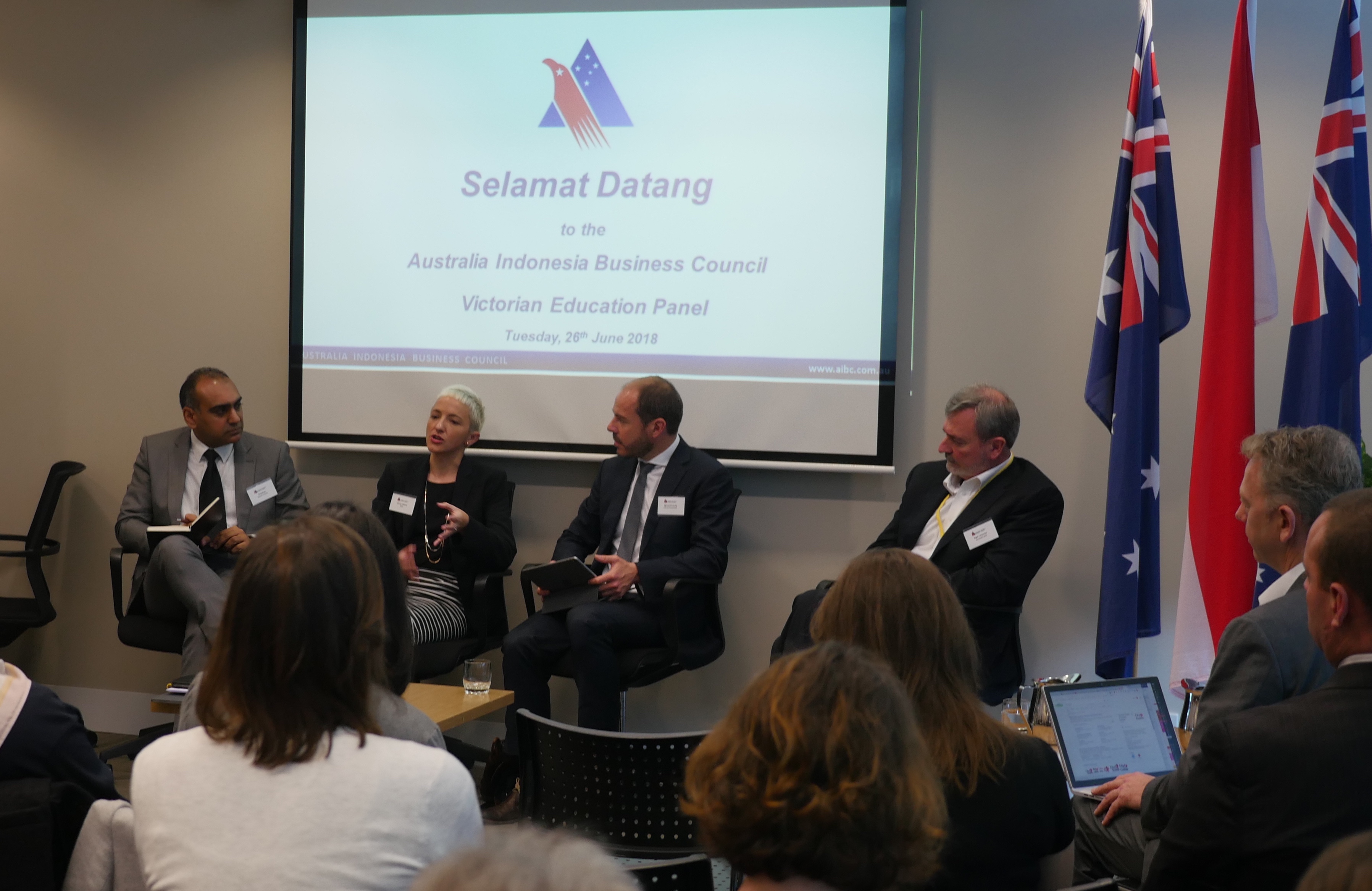 Opportunities abound in the Australia-Indonesia higher education space for deeper collaboration, investment and skills-sharing, but are businesses making the most of this opportunity?

The landscape will be familiar to many of you here today: as our nearest neighbour, Indonesia’s economy is set to overtake Germany’s by 2030, and has one of the fastest growing digital sectors in the world. Despite this, its higher education sector routinely underperforms and attains substandard rankings globally. To redress this, earlier this year the Indonesian government proposed plans to allow foreign universities to start operating in Indonesia, offering domestic students the chance to experience a world class education and furthering collaboration and capacity building with local institutions.

While the fine print is still being drafted (for example, on the provision of visas for foreign university staff, or the legal and tax status of foreign institutions in Indonesia), it’s a promising move, especially for Australian universities looking to establish a permanent presence in Indonesia. While neighbouring Malaysia, Singapore and Vietnam have had offshore Australian campuses operating for many years, Indonesia’s Law 12/2012 on Higher Education had made it difficult for foreign institutions to operate in the country. An opening up of this space could not only cement Australia’s relationship within Indonesia as a world class educational provider and capture a new domestic market, but could also significantly bolster Australia-Indonesia relations moving forward.

At the same time, the Indonesian higher education sector in recent years has facilitated a significant increase in ‘inbound’ student mobility, as large cohorts of international students have travelled to Indonesia, predominantly from Germany, Korea, The Netherlands and Australia. The growth in Australian outbound student mobility has been significantly driven by the federal government’s ‘New Colombo Plan’ grants and scholarships initiative, which aims to increase undergraduate students’ understanding of the Indo-Pacific region through academic and vocational study abroad experiences.

More than 3,000 students have travelled to Indonesia on NCP-supported places since the program’s launch in 2014, and Indonesia remains the number one destination for mobility grant recipients.  As a result, this has led to a complementarity in Australia-Indonesia student mobility: as more Australian students travel outbound to Indonesia, more Indonesian universities have opened up to accommodate inbound student mobility programs. This has not only built capacity, but highlighted areas for future collaboration between Australian and Indonesian institutions.

Why is study abroad important?

Study abroad can have transformative effects on students’ lives, careers, and diplomatic relations between Australia and its overseas neighbours more broadly. Studies frequently note the ‘flow on effect’ that learning abroad programs have on students’ social, familial and professional circles, as their heightened cross-cultural communication and ‘transferable’ skills shift their career aspirations, and have positive impacts on those around them.

During my five years in Indonesia as Resident Director with The Australian Consortium for ‘In-Country’ Indonesian Studies (ACICIS), students routinely noted that while they may not previously have been interested in Indonesia, they were now keen to return home and study the language, or to include Indonesia in their future career plans.

This was especially the case for students studying across a broader range of disciplines such as Agriculture, Business, and Public Health, for example, who would not have come to Indonesia at all had it not been for the support of federal funding. Following their experience abroad, over ‘95% of them would now recommend the experience to others at their university’.

This has a long-lasting impact on how young Australians engage with Indonesia and Asia more broadly, and the kinds of career paths they go on to choose in the future. It also affects the way young Indonesians think about Australia, as they study, live and work alongside Australian students. Often these experiences challenge stereotypes about our countries and ‘who we are’, as students discover that despite our differences, we have a great deal in common.

How can business get involved?

An important shift in higher education degrees in recent years has been the rise in vocational components such as internships, practicum placements and clinical placements for undergraduate students. This is a key component of the New Colombo Plan, which encourages both mobility grant and scholarship recipients to intern with local organisations and businesses in Indonesia to gain practical, hands-on skills, and to boost their employability upon graduation.

While the New Colombo Plan has been successful in recruiting businesses to serve as internship hosts in Indonesia, students often find that the real challenge arises when they return to Australia. A familiar refrain I hear time and time again when catching up with alumni around the country is, ‘I did my program in Indonesia and I did an internship. I’ve got all these ‘cross-cultural skills’ but Australian businesses aren’t interested. Who’s hiring?’

The private sector can fill a unique gap in building Indonesia literacy and cross-cultural capacity in the Australian workforce. If Australian businesses are to keep up with Indonesia’s growing population, rising consumer class and growing digital entrepreneurships, they need to be hiring and recruiting graduates with the right skills. And that means investing in the kind of skills you want to see in your future employees. Perhaps it’s useful to ask yourself or your colleagues some questions:

The Australia-Indonesia higher education sector is fertile ground at the moment, and there are countless ways that business can seize the momentum to build up investment and mutual cooperation between our two countries. Business can play a pivotal role in deepening the Australia-Indonesia relationship, and equipping young leaders with the skills they need to work in an increasingly connected and digitised region.

The above notes were delivered as part of a panel discussion on higher education organised by The Australia-Indonesia Business Council in Melbourne on 26 June, 2018.

Elena Williams is a higher education consultant and former Resident Director for The Australian Consortium for ‘In-Country’ Indonesian Studies (ACICIS), the leading provider of outbound student mobility programs for Australian students in Indonesia.