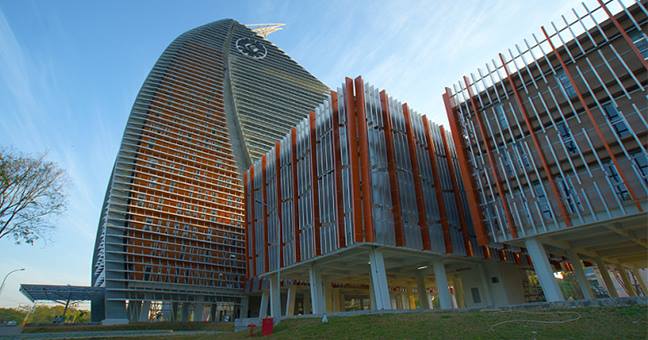 In an international conference held in Jogjakarta 13 July 2017, one participant from Canada asked a question to me: “How do you cope with people from other countries if you are not bilingual?” My response was being a bilingual is at least one of the goals of education right now. People cannot avoid interacting with people from other cultures particularly in the era of open trade and global movement right now.

Some of the importance reasons why dual languages are necessary for a medium of instruction are to respond to globalisation. One such example is the ASEAN Economic Community. Minister of Research, Technology and Higher Education Muhammad Nasir said, “bilingual curriculum is implemented in order to prepare learners to compete in the ASEAN Economic Community which comes into effect us since 2016”.

More importantly, the lack of international language competency can hinder many Indonesians from fully participating in the globalisation. Using English with Indonesian can assist learners to be part of the global community of English.

However, while applying bilingual higher education can be beneficial for learners on one hand, on the other hand it can be very challenging for educators.

The use of English alongside Indonesian can benefit learners academically, socially, and culturally. Academically, the addition of English as a medium of instruction can trigger learners to master content from English sources, which would then improve their mastery of subjects. The improvement of mastery can lead to the higher academic achievement of students. Learners in bilingual programs can also gain new literacy skills. These new literacy and technological skills cannot be learnt without mastering English as an international language because they are written in English. Consequently, mastering English is particularly essential in order to be able to use advanced technologies.

Socially, learners who master additional languages have wider networking ties; 18 learners in my study indicated they had friends in many countries because they engage with students from other countries through English-language activities. Dio, one of the students in my study, described his experience in assisting a Canadian student to develop an understanding of Indonesian culture. In return, he had the opportunity to practice his English and learn from his friends about Canadian culture and some stories of the indigenous people. They became friends.

On the other hand, the compulsory use of English together with Indonesian can be very challenging for all educational stakeholders, particularly many lecturers who have very limited English. English in Indonesian higher education is categorised as a foreign language. This explicit statement makes English much more difficult to be used in delivering educational content.

It is assumed that the use of English can be a threat to local and national languages. Learners will appreciate foreign languages more than the national and the local languages because of practical reasons. Learners will focus more on English because mastering English increases their opportunities to get a job.

The other challenge is that the exposure of English in the Indonesian education system, from primary education to higher education, is still limited compared to other neighbouring countries such as Malaysia, Thailand and Philippines. As a result of this limited exposure, it is important to be aware that the use of English alongside Indonesian can only benefit ‘elite society’ because learners from high socio economic backgrounds have much better preparation than those who aren’t.

Despite the above constraints, bilingual education policy can be an appropriate option for Indonesian universities because learners can maintain their local and national identities on one hand, and learn other cultures and languages on the other. If this policy is to be adopted effectively, lecturers need to attend intercultural trainings, improve their English language proficiency, and share a common goal of bilingual education. More importantly, strong support from administrative staff, leaders, community, parents and government can strengthen the implementation of bilingual higher education.

Amirullah Abduh PhD is a Director Centre for Language Services at the State University of Makassar and researcher on internationalisation, bilingual higher education and language education policy.